Two weeks in Japan isn’t a long time. You’ll barely scratch the surface and that’s ok. It’s a place to be savored, observed, admired, and pondered. Even in the mad rush of Tokyo, one of the world’s biggest cities, it’s a place to go slow, to let your curiosity wander, to stop and soak it all in.

I’m your typical type-A listmaker. A fast-living city dweller. A productivity fiend. Life’s been a whole lot of do more, better, faster. But in recent years, I’ve been learning to slow down and live a more intentional life, one that aligns with what I truly want for myself—not one where I’m running a race just because everyone else is.

This means my approach to travel has changed as well.

While I still do plenty of research, plan strategically, and have a list of places I’d like to see, I’m all about slower travel these days. Even on short trips.

Slow travel favors experiences and immersing yourself in the local culture over checking off tourist sites on your bucket list. Even though I might miss some of the big “must-sees,” I find traveling this way much more fulfilling, and the memories more vivid and lasting.

Of course, I wish I had more time to explore such a deep and complex country as Japan, but the experience I did have left me feeling inspired and centered in my own being.

Maybe it’s because my complete and utter foreignness allowed me to take an outsider’s perspective without trying to “fit in” with the Japanese culture. Instead, I allowed myself to be taught anew how to enter a home, how to wear a yukata, how to bathe, how to pay for things, how to show thanks, how to line up properly for the subway.

Maybe it’s because I I stopped to smell the cherry blossoms and didn’t fret about checking off a list of sites based on the fear of missing out.

Maybe it’s because I got more comfortable residing outside of my comfort zone.

This is part 1 of my Japan series. Read more here:

Tokyo: This Airbnb in Ginza

Kyoto: This Airbnb in Shimogyo

Know before you go

Get a JR Pass
If you plan to visit more than one city in Japan it pays to get a JR Pass. You can use it for the bullet trains between cities as well as the JR lines within Tokyo and Kyoto. We used the regular metro in Tokyo our first seven days, then activated the pass on day eight for our travels to Izu and Kyoto. The pass isn’t available in Japan, so get it before you leave. Get more info here.

Make a cash plan
Surprisingly enough, Japan is primarily a cash-based society. Credit cards are rarely used. Some department stores and very few restaurants will take foreign credit cards. Also, the 7-Eleven ATMs are pretty much the only ATMs that work with foreign debit cards. I recommend taking enough yen with you to get you through your first few days at least.

Speaking of cash…
Don’t hand money over to the cashier. Instead, use the tray on the counter to place your cash. If there is no tray, hand it to them with both hands.

Skip the taxis
Public transportation in Japan is exceptionally good. NYC could learn a few things (ahem, MTA, ahem). It’s so good that it seems a little intimidating at first, even for a New Yorker. Once you do it once (or twice) it’ll be the best thing that ever happened to you. It’s super cheap and it’s clean, oh so clean.

Trash is kind of a big deal
Japan is mind-blowingly clean and yet finding a public trash can is like spotting a unicorn. Why? There was a terrorist attack back in 1995 on the Tokyo subway and the city did away with public trash bins as a result in an attempt to remove any potential hiding places for other attacks. Instead, everyone takes their own personal little trash bag with them throughout the day to collect their small trash. What about coffee cups, etc? See my next point. Recycling is also a big deal and if you stay in an Airbnb you’ll need to brief yourself on the sorting rules, of which there are many.

Don’t walk and eat (or smoke)
The Japanese consider eating while walking to be uncivilized and inappropriate. That’s why the few trash cans you will find are next to places where people stop to have a quick bite, like convenience stores, restaurants, and vending machines.

Have neat feet
You’ll take your shoes off going into temples, people’s homes, and even some restaurants…so just keep that in mind.

Catching glimpses of people praying at local Shinto shrines before they scurry off to work.

Being welcomed with a cheerful “Irasshaimase” upon entering a store or restaurant.

Embracing hanami (or cherry blossom viewing) with the locals by chilling in the parks, drinking mysterious alcoholic beverages from the 7-Eleven under the trees, and people-watching.

Speaking of people-watching, Japan has some of the best. 😉

Stumbling upon quaint neighborhoods and cute back streets that are just around the corner from the hustle and bustle yet seem worlds away.

Admiring the pride and care the Japanese people put into their work in every single job.

Being overwhelmed by cuteness at a cat cafe.

Discovering a local craft beer brewery and chatting with the owner.

Escaping the rain in a karaoke parlor in the middle of the day.

Having the best Italian pasta ever at a local hole-in-the-wall in Kyoto (adventures in randomness).

Finding the most kawaii donuts ever. They’re organic and the shop is environmentally conscious too! 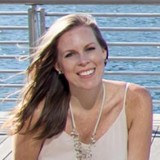